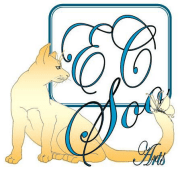 Originally from the Malaysian state of Sabah on North Borneo Island, En-Chuen Soo was raised on a farm where creativity and appreciation for natural beauty were developed at a young age.  Most of the utensils were hand-made in those days, including her paper dolls.  The discovery of how to make things with her hands and enjoy them became her amusement, and the start of a life-long journey of learning.

Since late 2005, she has resided in Phoenix, Arizona and concentrated full-time on producing visual art.  Nature remains the primary inspiration of her creations, and her passion for life can be seen in her vivid paintings of landscapes, flora, people, wildlife and abstracts.  Her paper or canvas becomes a stage, with colors in various mediums as her tools; what she paints is like a tale…to be read, experienced and appreciated.  Her artworks depict not just objects or people from places she visited in about 22 countries around the globe, but how she sees them and what she see in them, which is a very personal way of sharing with others part of who she is. Through her art, she hopes to express the importance of caring for our fragile environment and wildlife.

Although gifted in art since young, she never had formal training and did not seriously devote herself to painting until after settling in Arizona in 2005.  She learned from books, workshops, and through trial and error in various techniques and mediums.  Each medium she uses contributes uniquely to the final appearance, but the process itself is what she finds most enjoyable.  Over the years, she has been privileged to participate in juried exhibitions of The Arizona Watercolor Association, and displayed her work in many exhibitions by the Arizona Art Alliance, the Glendale Art Council and the 19th annual Celebration Fine Art 2009 in Scottsdale.  She has collected several awards.

To her, art is a journey of self-discovery and self-revelation.  A deep longing for the freedom which only can be quenched by true love set her soaring in the creative field.  She constantly drinks from the beauty of God’s works, the Creator and the Chief Artist, some of which is captured in her own art.  “To draw or to paint or doing anything creative is to trace the Creator’s finger prints, to express my devotion by putting colors together in forms and shapes only leads me to discover more of Him who made it first.”

She usually reminds herself that life on earth is very short, and the beauty in life is ablaze in a moment only - so short lived, and remaining eternally only in the memory.  So, to live life to the fullest is her ultimate goal.﻿﻿

The presence of this badge signifies that this business has officially registered with the Art Storefronts Organization and has an established track record of selling art.

It also means that buyers can trust that they are buying from a legitimate business. Art sellers that conduct fraudulent activity or that receive numerous complaints from buyers will have this badge revoked. If you would like to file a complaint about this seller, please do so here.

The Art Storefronts Organization has verified that this business has provided a returns & exchanges policy for all art purchases.

If for some reason you want to return your order, you need to contact us within 7 calendar days from the date of delivery. You will need to pay the shipping cost and return it the same way and in the same condition you received it within 30 calendar days from the date of order. Your payment of the artwork will be refunded after a deduction of 25% restocking fee upon receipt of the returned merchandise. Please read http://enchuensoo.artstorefronts.com/faq to learn more.

This website provides a secure checkout with SSL encryption.

The Art Storefronts Organization has verified that this Art Seller has published information about the archival materials used to create their products in an effort to provide transparency to buyers.

Your cart is currently empty.

This is only visible to you because you are logged in and are authorized to manage this website. This message is not visible to other website visitors.

Below, select which favorite lists you would like to save this product into.

This means you can use the camera on your phone or tablet and superimpose any piece of art onto a wall inside of your home or business.

To use this feature, Just look for the "Live Preview AR" button when viewing any piece of art on this website!